Aerospace Research and Development Center (ARDC) was established in 2016, with a mission to create more practical experience for students in aeromodelling, UAVs, basic flight training. Apart from these, the ARDC is also base for other research laboratories that make the building blocks of an aircraft such as, aerodynamics research, aircraft propulsion, new smart materials, automated manufacturing process. ARDC on one hand, promotes aeromodelling and UAV through collegiate clubs, student clubs and also SAE aero design challenges. On the other hand, it is a ground for research activities through its major equipment listed below, that open for all students, faculty and research scholars.

This wind tunnel facilitates the measurement of aerodynamic forces and moments in Six degree of freedom. The aerodynamic performance of Aircraft model/ Automobile model/ Bio-inspired models of bird and insects and fluid flow visualization by smoke and tuft can be performed from 5 m/s to 50 m/s velocity range. The stability analysis of airplane, helicopter, missiles and other Bio-inspired Avian can be done.

Six component balance is used to measure the three forces i.e. lift, drag and side force and three moments pitching, rolling and yawing moments. The strain gauges are used to measure these forces and moments. The accuracy of forces is up to 0.1 N and for moment its 1Nm.It has computer measurement system and can be recorded in the system. The frequency of recording can be varied from 1 second to 10 seconds as per requirement.

Used for testing of Gas turbine performance analysis and study of different fuel uses and finding its efficiency. 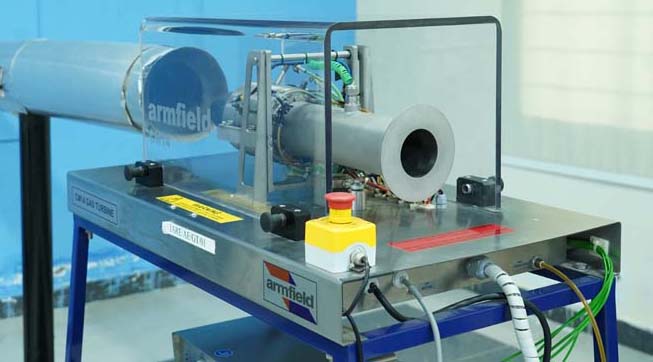 This is the state of the art simulator of Cessna 172 aircraft. The primary purpose of the flight simulator is to give students and researchers hands-on experience of what goes on in the cockpit of an aircraft, and to understand the basic fundamentals of flight. It also provide the learner how to handle the flight and how to control at different flight conditions.

The servo control universal testing machine, is used for characterization of mechanical properties of ferrous and nonferrous materials and concrete composites. The students of civil, mechanical, and aeronautical branch are using for material testing with constant loading and deformation to develop load vs deformation and time domain plots. 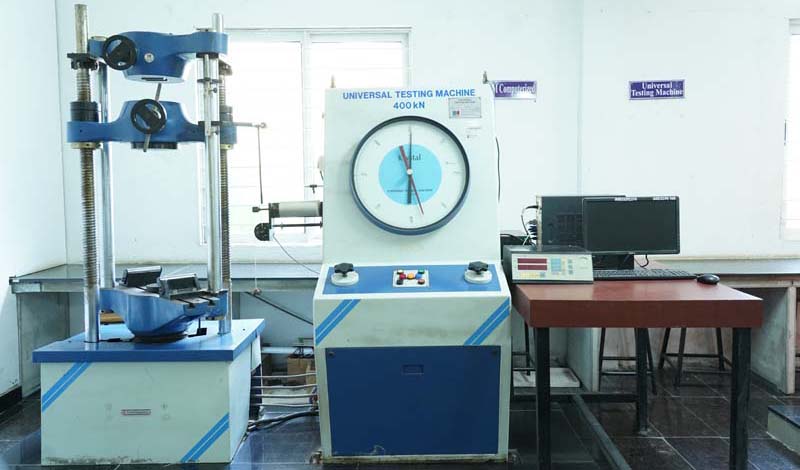 The main advantages of 3D printing are realized in its Speed, Flexibility, and Cost benefits. For small production runs, prototyping, small business, and educational use, 3D printing is vastly superior to other industrial methods.

The Fatigue analysis determines the material capability to withstand alternate (cyclic) loading. Based on the design of the specimen or structure the need of the fatigue test is identified. In fatigue test due to continuous loading and unloading leads to formation of tensile, bending, torsional, compression or may be combination of all the above stresses. 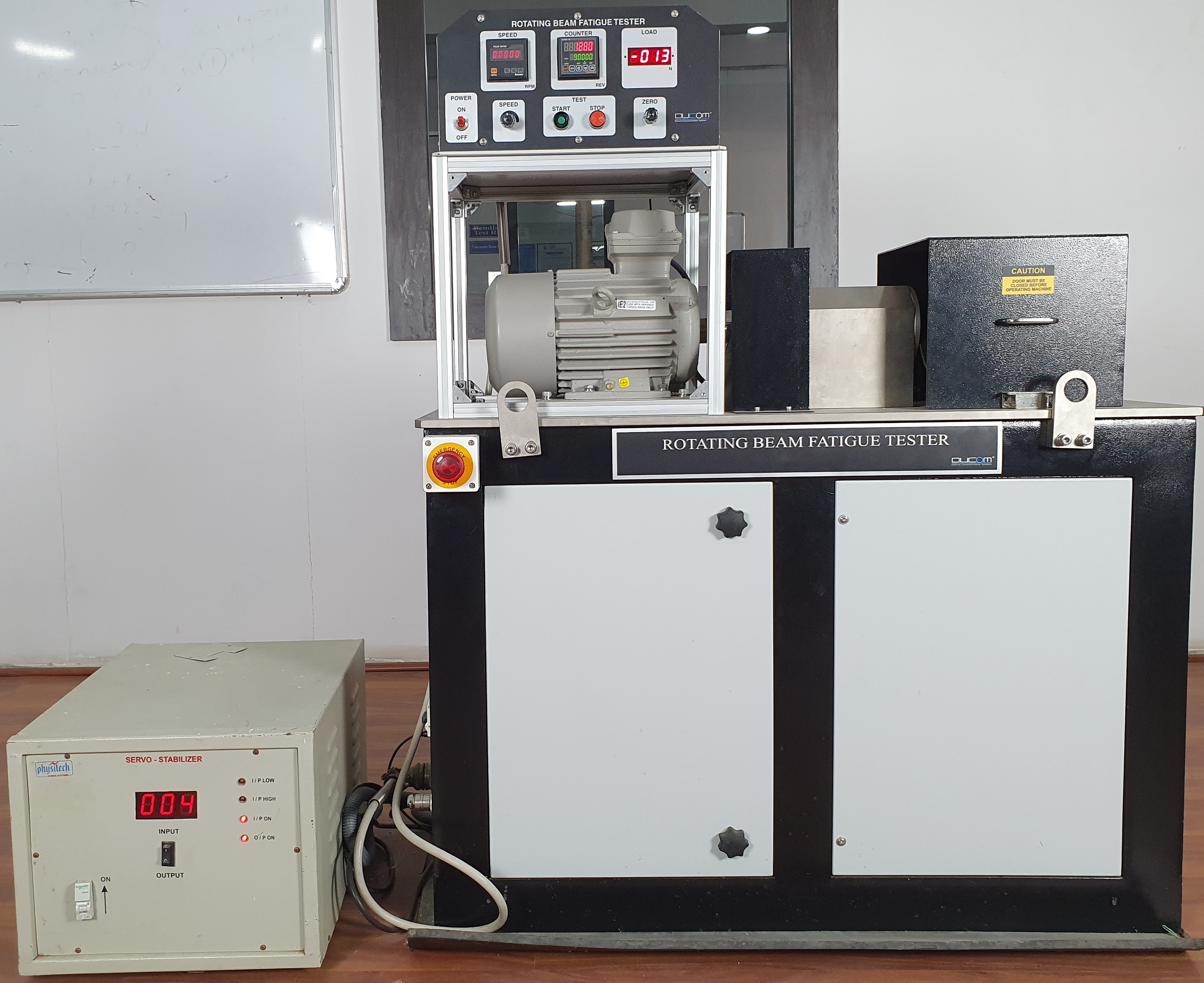 A tribometer is a device used to study the parameters between two surfaces such as coefficient of friction, frictional force and wear. It works through a system of masses, a hanging mass and a mass resting on a horizontal surface, both connected by a string and pulley. The tribometer is used to study both static and dynamic friction of the contact surfaces.

AutoCAD is a software developed and marketed by Autodesk Inc, an American multinational software corporation. This software is used by aeronautical engineers, architecture firms, civil engineers, and mechanical engineers for computational drafting as well as computer aided design purposes.

MATLAB is a technical computing and high-performance language developed by MathWorks. It is a multi-disciplinary language used in every scientific domain. It is a polyvalent language that offers basic matrix manipulations to advanced level application interfaces. It does provide interface with other computing languages. 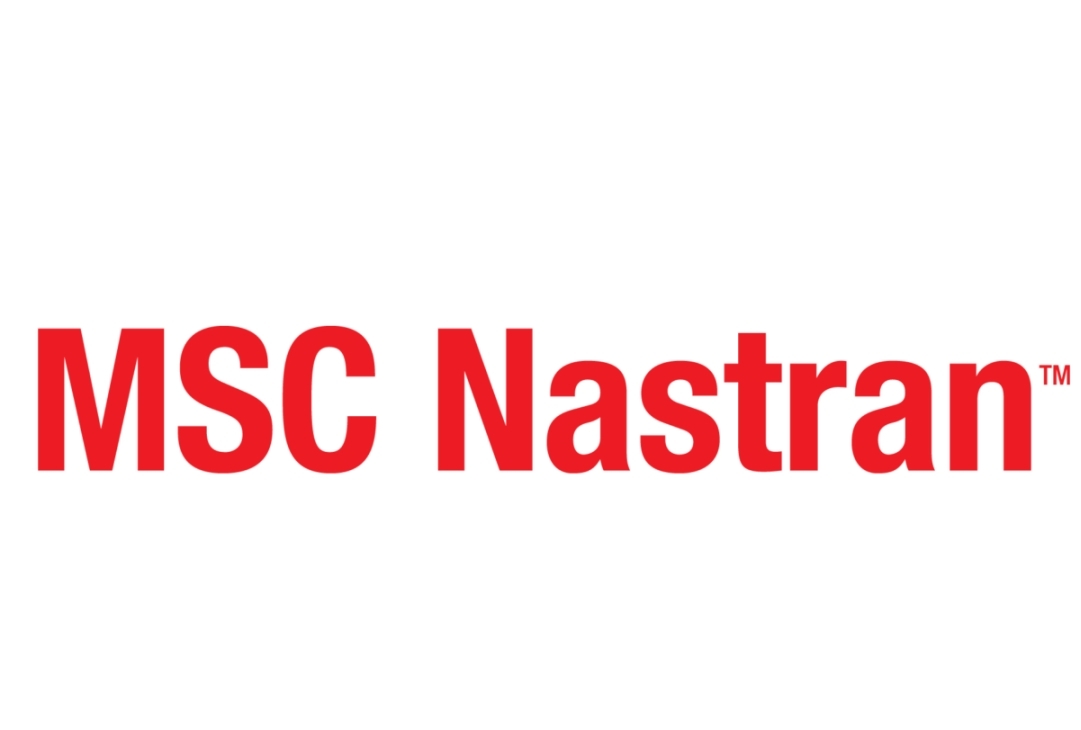 Nastran is a Finite Element Analysis software, initially developed by MSC software for NASA. It is a software based on the FORTRAN computing language and does not have any kind of graphical user interface. The inputs are exchanged in form of a text file. Several other companies have acquired rights to develop GUI for Nastran, such as NX Nastran, developed and marketed by Siemens. It has a wide range of applications in structural analysis, computational fluid dynamics, acoustics, composites, additive manufacturing, systems & control, multibody dynamics etc.